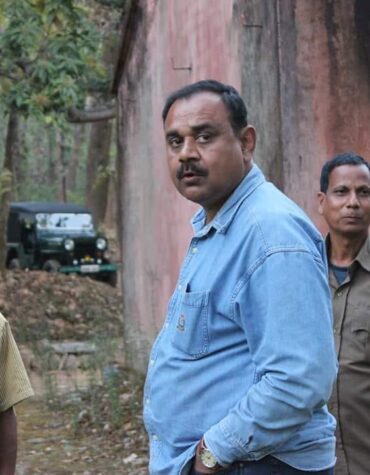 Vanoo Mitra Acharya , the founder secretary of SANGRAM  is an Earth Hero , whose every breath is dedicated for protection and conservation of Forest and wildlife and other natural habitats. He is a Crusader in the field of Protection and Conservation who is one among the handful of people working dedicatedly to save Similipal since last three decades. He Played very significant role in checking the Mass Ritual Hunting, Relocation of forest dwellers from the core of Similipal Biosphere Reserve for which he is recognised and felicitated by Government Organisations.  He served forest department as Honorary Wildlife Warden and took keen interest for protection, converted many Poachers into Protectors. Vanoo Mitra worked extensively in the nook and corner of Mayurbhanj , the home to Similipal Biosphere and created a larger than life image within a very short period . He preferred to leave his parental palatial building in the posh location in Baripada town and sifted to a remote hamlet in Similipal foot hill named Ambadali during his early married life to live his dream of philanthropy. He started Green Brigade involving youths of foothill villages, to stop illegal felling, timbers smuggling and hunting. Subsequently, forest department hired those young volunteers as PA(Protection Assistants).Vanoo Mitra Acharya is a Living Legend for all the nature lovers across the state and abroad.